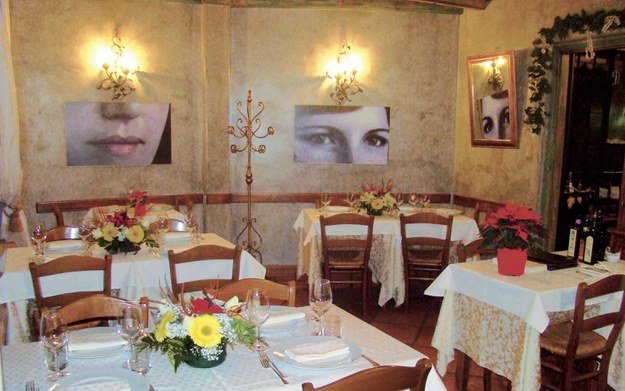 San Cesareo, a small town, is 30 kilometre south-eastwards Rome on the Casilina – the ancient Via Labicana lined with inns still stuck in the collective imagination. One of those historic inns has been refurbished in line with its past splendour by Anna Dente. Born and brought up here, and familiar with a local award-winning meat-trader, she has decided to become a restaurateur to uphold the local cuisine reputation. The San Cesario menu depends on the excellent produce of the roman campagna farming, the reputation of which is still highly regarded.

This dish included in old cookery books or in Renaissance menus has earned a great reputation in spite of the unusual meat-cut used for its preparation according to standard cut-guidelines. Anna Dente - very fond of the local cuisine – has enhanced underestimated meat-cuts – like the coda - that have always been part of the Roman cuisine. The glorious Coda alla vaccinara is stewed with celery as long as the meat is very well done and the gravy is a smooth cream.