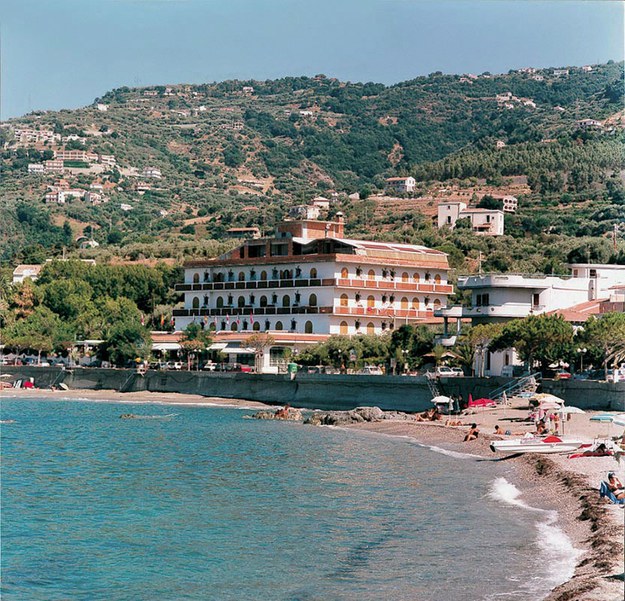 Capo d’Orlando is a rocky ledge that makes the Tyrrhenian coast near Messina overwhelming. San Gregorio Bay has long beautiful beaches bordered with lush green gardens full of citrus trees. This environment houses a hotel renowned for its annexed restaurant specialized in seafood dishes, but with a difference: sea and land tastes are innovatively combined. Ingredients from Monti Nebrodi, “an isle in the island” so called thanks to its luxuriant vegetation.

Classic bottarga, regarded as the ‘Mediterranean caviar’, is the pickled, pressed, dried, seasoned roe of the mullet or the tuna. We prefer to use it fresh because of its slightly brackish and fine taste. Processed and emulsified with extra-virgin olive oil and pickled anchovies, it turns out to be a perfectly flavoured sauce for spaghetti. An over-tempting dish!

A modern structure with a marble facade, three floors with 48 rooms. The grounds are pleasant between the greenery, a pool and the seaside.