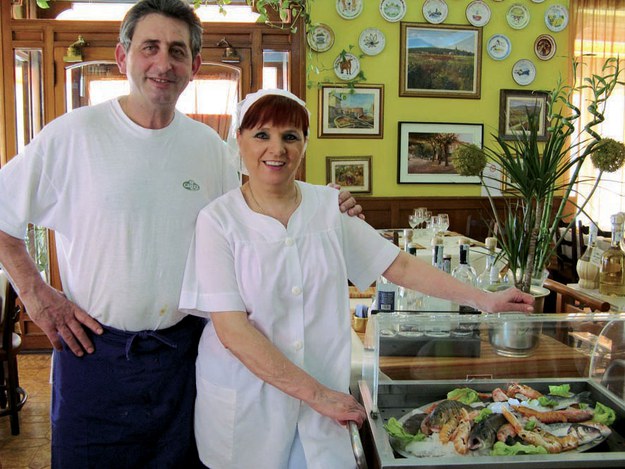 Livorno is a town that still has many characteristic spots, such as the Venezia Nuova borough, crossed by canals and once inhabited by fi shermen and seafarers. One of the most truly atmospheric places is the 19th century ‘Mercato Centrale delle Vettovaglie’, an open marketplace still active today.
Not far away ‘Gennarino’s’, a family run restaurant that over the past fi fty years has gained much credit in Leghorn by offering the town’s traditional dishes.

Cacciucco is one of Leghorn’s specialities; it is a spiced fish soup that according to tradition should have at least 12 types of fish, both rock and deep-sea. Guido Scatena, the professional landlord, invented a recipe combining cacciucco with pasta namely “bavette genovesi” a kind of flattened-convex spaghetti, suitable for such a rich sauce. Besides the pleasure at tasting such delicious meal, guests will be pleased to hear the story or better the legends woven around the cacciuccio.