of Adelino and Gabriele Carraro 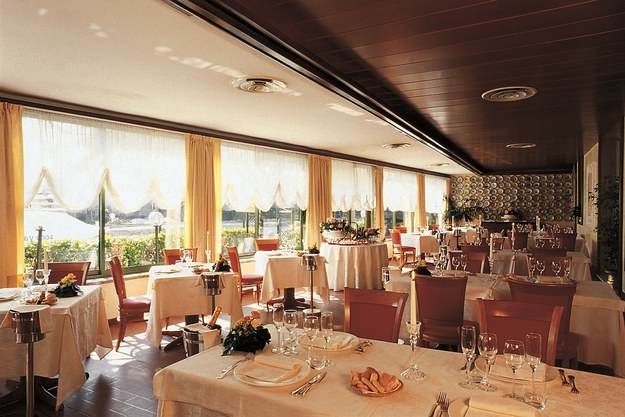 “Burchiello” is a wherry - a light rowboat used for carrying passengers on the Veneto canals and chiefl y from Padua to Venice on the Brenta River on the banks of which many of the marvellous Palladio Villas are to be found. Let’s pretend that our wherry would dock at Mira - one of the most picturesque sites still in good condition and where the typical “Lagoon” cuisine can still be tasted. The restaurant run by the Carraro family is a tradition: a private pier, a veranda overlooking the river, and a gazebo in the garden.

The word ‘gò’ means ‘ghiozzi’ – lagoon goby fish, in the local dialect. Goby fish is tiny and ugly, however extremely delicious. The recipe is very simple: small fillets of goby fish are first tossed with half a glass of white wine in a pan long enough to get brown, then cooked with Carnaroli rice, and finally mantecato – the technique that makes the risotto properly creamy - with butter, cheese, and a dash of Cognac and lemon juice as final touch. 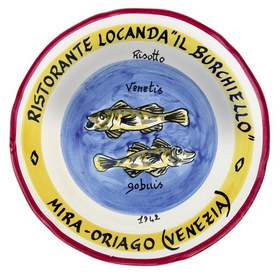 Next to the restaurant with a dozen rooms – single, double and triple – overlooking the Naviglio and serving a delightful buffet breakfast. 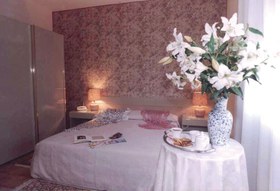 Just off the Riviera road, this modern hotel with a Venetian atmosphere has around sixty large and comfortable rooms. 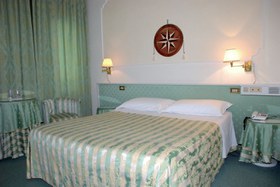 A taste of Veneto