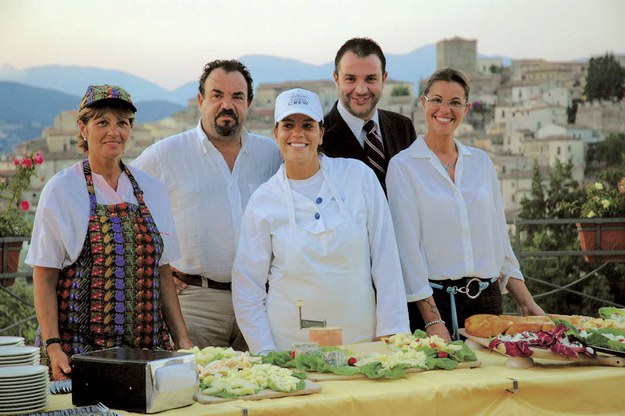 Only 32 miles separate the Ionian coast from the Tyrrhenian coast at the narrowest section in Calabria, and there - midway on the route to Pollino Mount - Altomonte, a small town, embodies the appeal of the area: works of art and traditions. It is also worth mentioning the generous welcoming of the southern people and a clear-cut example is at Barbieri’s restaurant and the annexed hotel; in fact, reviewers state this place as the best in the region.

Homemade pasta, local cheese and cold cuts, meat from traditional local farms and vegetables from its own garden... these are the grounds of a cuisine based on selected ingredients and traditional recipes prepared with creativity in combining tastes. This dish is typical of the inland cuisine based on lamb and peperoncino. As for the wine, geographical coherence demands a red or a Cerasuolo from Pollino.

In the historic centre of Altomonte. Swimming pool and fitness centre: an oasis of tranquillity.

A taste of Calabria