of Giorgio and Antonio Gioco 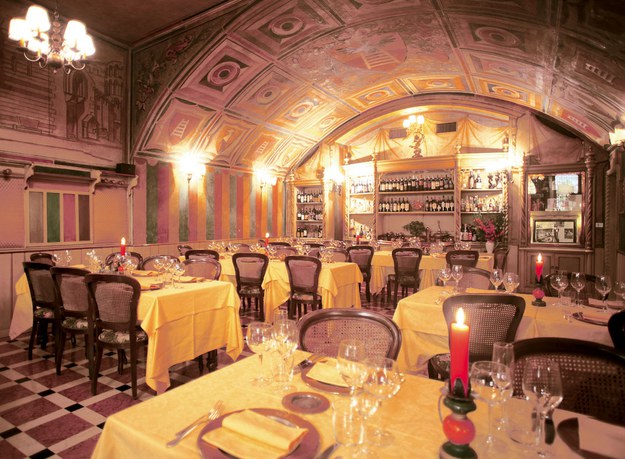 Records about this restaurant date back to 1750 when the society of merchants –as legend says were called the “12 apostles” - used to meet here. The old osteria was turned into one of the most characteristic restaurants in Verona thanks to Giorgio Gioco a major figure in great Italian cuisine, one of the promoters of “Buon Ricordo”, and the inventor of a famous Literary Award. The setting is evocative and there are a lot of archaeological mementos. The menu is the height of Veronese traditions.

This is the most suitable recipe for a restaurant boasting such an impressive long activity. It reminds the splendour of the Scaligeri Court. No wonder then, this dish is amazing! A combination of flavours: "sformato" – a sort of small flan prepared with Monte Veronese cheese from the dairies in the Lessinia Mountains; duck breast cooked with Amarone wine - Valpolicella pride – that perfectly matches the intense taste of the meat, and then, a sauce gently simmered until thick. All stylishly dished out, actually, a grand meal.